This week, across the school each year we look at two other faiths – one of these always being Judaism.

In Year 2, we talked about why we study different faiths. These were some of our thoughts:

‘If we meet someone who believes something different, we can help each other understand about we believe.’ 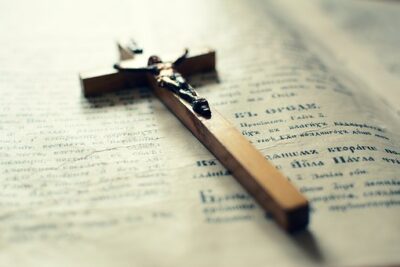 ‘We need to respect each other.’

The reason why we always study Judaism is that it is the closest religion to Christianity. Jesus was brought up as a Jew. We first hear of Jesus speaking of God’s love in a synagogue (a Jewish place of worship), and as a child visiting the Temple in Jerusalem, which was the central place of belief.

At the centre of Judaism is God and his strong and lasting relationship with his people.

We hear about Abraham, whose deep trust in God led him to leave his home and take his aged wife (who had never had a child) to a new land. He was told by God that he would be the Great Father of all nations.  His wife then had a child, Isaac, and the legacy began. Abraham is known as the founder of Judaism.

On Thursday, we were privileged to hear and learn more about Judaism from Rabbi Zvi, who deepened both children and staff’s understanding. The children began to recognise that there were deep links between the two religions and at the heart of both are the same thing – God, and His love and concern for His people.

Let us keep that in our hearts for all the times when we find things challenging and difficult.

As it says in the book of Jeremiah about God and His people, ‘I have loved you with an everlasting love’.

This website uses cookies to improve your experience while you navigate through the website. Out of these, the cookies that are categorized as necessary are stored on your browser as they are essential for the working of basic functionalities of the website. We also use third-party cookies that help us analyze and understand how you use this website. These cookies will be stored in your browser only with your consent. You also have the option to opt-out of these cookies. But opting out of some of these cookies may affect your browsing experience.
Necessary Always Enabled
Necessary cookies are absolutely essential for the website to function properly. These cookies ensure basic functionalities and security features of the website, anonymously.
Functional
Functional cookies help to perform certain functionalities like sharing the content of the website on social media platforms, collect feedbacks, and other third-party features.
Performance
Performance cookies are used to understand and analyze the key performance indexes of the website which helps in delivering a better user experience for the visitors.
Analytics
Analytical cookies are used to understand how visitors interact with the website. These cookies help provide information on metrics the number of visitors, bounce rate, traffic source, etc.
Advertisement
Advertisement cookies are used to provide visitors with relevant ads and marketing campaigns. These cookies track visitors across websites and collect information to provide customized ads.
Others
Other uncategorized cookies are those that are being analyzed and have not been classified into a category as yet.
SAVE & ACCEPT